In 2017, three former Merrill Lynch employees got together and decided to try to find out what had happened to the 250 ScholarshipBuilder first-graders of 1988. The three had been intimately involved with the program from its inception to its conclusion 12 years later. They missed the students, the parents, the volunteers, the celebrations, reunions and the palpable excitement over the future.

They knew that at least 90 percent of the ScholarshipBuilder Class of 2000 had graduated from high school, roughly twice the rate for students in comparable big-city urban school districts. This outcome was a great success in its own right. For the Scholars who went on to college or other higher education, provision was made to pay the full costs.

No other program had ever attempted change with such a long-term, comprehensive commitment. However, there were no formal plans for continued tracking. And in the terrorist attacks of September 11, 2001 – which badly damaged a Merrill headquarters building – the records were lost.

Three years ago, the news was full of negative reports about minority youth and their college prospects. The Merrill team – Dr. Westina Matthews, former Secretary of the Merrill Lynch Foundation who originated the program; Paul Critchlow, former head of communications & public affairs; and Richard Meier, the program’s original videographer – wondered whether ScholarshipBuilder might be a model for developing effective partnerships among business, community organizations, schools, parents and volunteers that could change the narrative for educational reform. 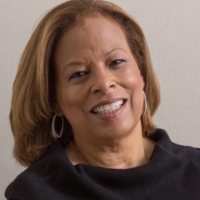 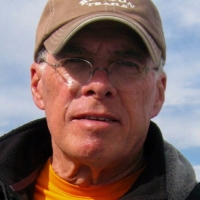 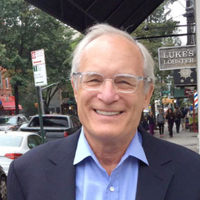 So, they formally launched The ScholarshipBuilder Study and Reunion Project. Merrill Lynch’s original partner, the National Urban League, offered its support in helping to locate the students. The team was joined early on by a former Merrill employee who brought much-needed project management skills and expertise, and subsequently by Thomas Milligan, former head of the firm’s internal communications. Both have made invaluable contributions.

These were the questions for which the Study would seek answers:
• What careers did the graduates take up – were they successful?
• What were their dreams – did they achieve them?
• How were their personal lives affected?
• Where are they today – how are they faring?
• Are there long-term lessons that can be drawn – do they offer tangible solutions for current and future generations?

Team members donated their personal time and expertise in conducting outreach, travel, interviews, filming, survey and analysis. In early 2020, as the project grew in complexity and scope, a GoFundMe campaign was established to help offset costs to complete the project. With the personal support of more than 130 donors, the campaign’s goal was achieved by November 22, 2020.

On that date, the results of a Final Report were released and a 30-minute documentary, “A Chance to Win,” aired during a virtual reunion attended by nearly 300, including Scholars, parents and family, Merrill Lynch and Urban league current and former executives, coordinators and volunteers. Each of these initiatives can be accessed on this website.

Our hope is that the results – outstanding, by any measure – will encourage other individuals, corporations and organizations to undertake similar programs for today’s generation of students and tomorrow’s. We welcome your comments and questions as we seek to inspire others with this remarkable story.